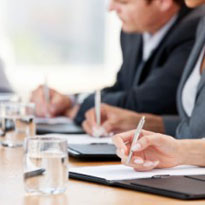 About Us
Neutral Appointments
Disciplinary

Both Dominic Spenser Underhill and Christopher Newmark regularly accept appointments as independent arbitrators in a variety of international and domestic cases. They sit as arbitrators in London and internationally in arbitrations administered by the leading institutions and in ad hoc proceedings.

Dominic and Chris play an active role in the international arbitration community. For example, from 2014 to 2017 Chris was the Chairman of the ICC Commission on Arbitration and ADR and Dominic co-chaired the UK group that provided input to the ICC on its revisions to the 2012 ICC Rules of Arbitration and has sat on various Task Forces. Both Dominic and Chris are members of the LCIA. They also both teach regularly as Senior Visiting Lecturers at the School of International Arbitration, Queen Mary University of London.

Dominic and Christopher were accredited as CEDR mediators in the mid 1990s. Chris is a member of CEDR Chambers, one of the UK’s leading groups of commercial mediators. He is a busy mediator, selected by leading dispute resolution practices to mediate cases across a wide range of commercial disputes. He mediates all around the UK, as well as internationally, including the US and Canada. He is also a member of CEDR’s teaching faculty.

Dominic and Chris also accept appointments in a variety of other independent neutral roles. Information about Dominic’s practice as legal assessor and adjudicator is set out on here. Chris has acted as an adjudicator and both Dominic and Chris have been appointed as independent experts on English law in international arbitrations taking place in other jurisdictions.